CHICAGO — To honor the start of a new baseball season in Chicago, Peoples Gas dedicated two new gas mains to the city’s home teams — one on the north side for the Cubs, on April 6th, and one on the south side for the White Sox, on April 8th. Former Sox player, the great Ron Kittle, attended the installation of the huge pipe on the south side, serving as the job site’s honorary construction foreman.

“The Cubs and White Sox are as crucial to Chicago as the infrastructure Peoples Gas uses to deliver heat to people’s homes,” said Bala Kattappuram, director of planning and project management — Peoples Gas. “Plus, like us, they wear hard hats — so dedicating these new gas mains to our favorite teams and the new baseball season is a perfect fit.” 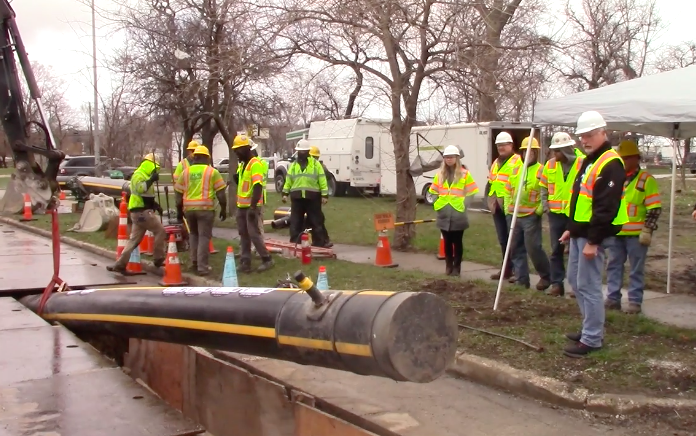 The pipes have specially-designed stickers honoring the Sox and Cubs, and cheering for each of them to “Bring the heat” this year!

In his role as honorary foreman, Ron Kittle signed the White Sox pipe and then signaled to work crews to lower it into the ground. 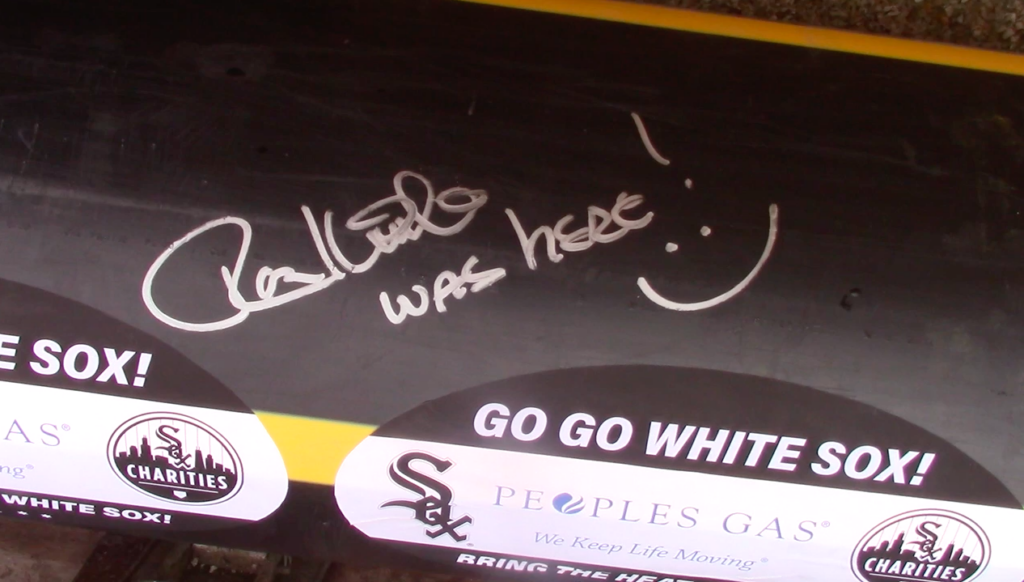 Peoples Gas has ongoing community partnerships with the hometown teams. Each year, the company supports Cubs Charities and Chicago White Sox Charities through the “Ks for a Cause” program, making grants based on how many opposing batters the teams’ pitchers strikeout at home games. 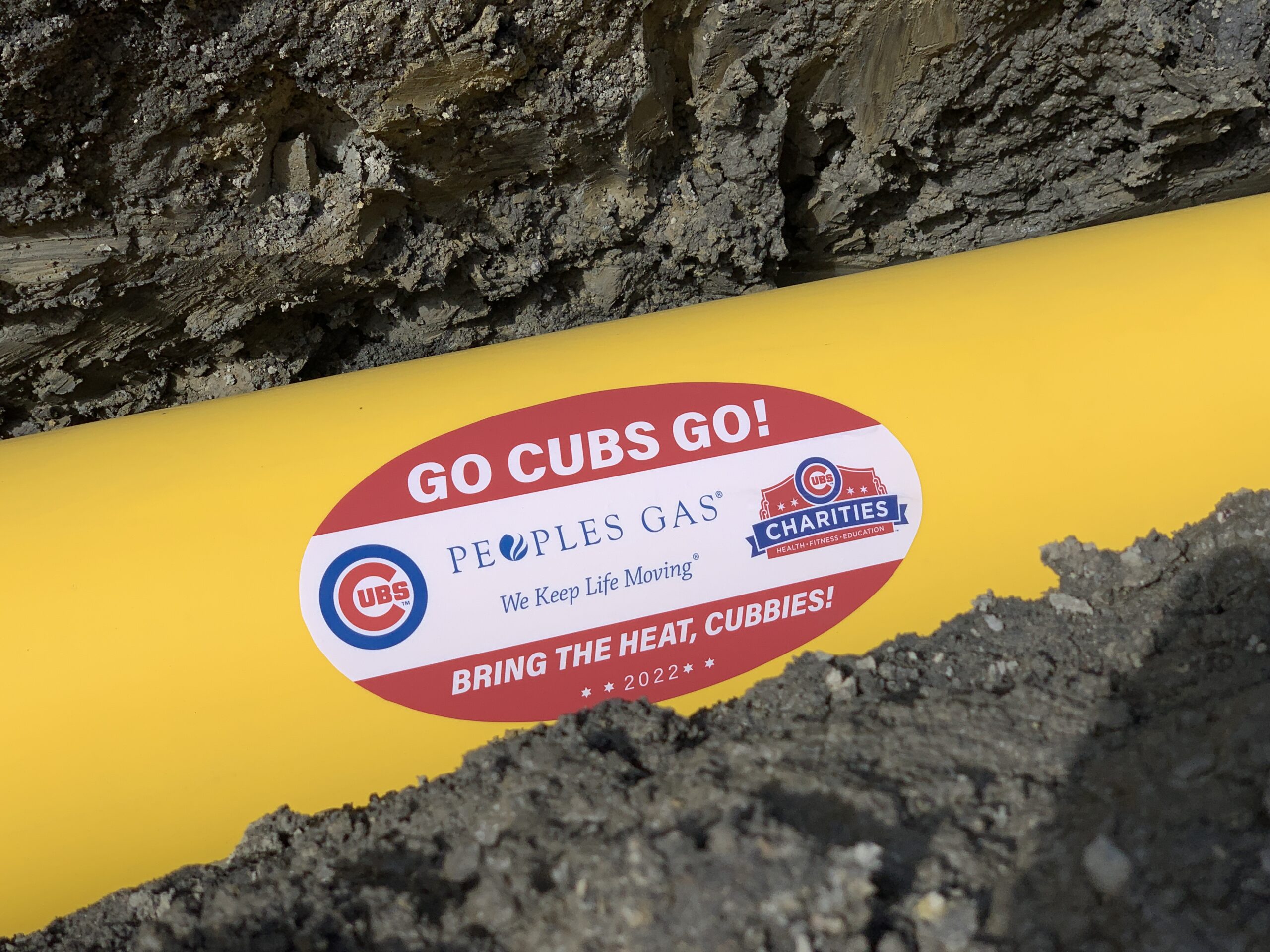 The new gas mains are among many being installed across Chicago as Peoples Gas replaces old and deteriorating natural gas pipes, many from the 1800s — about as old as the Cubs and Sox — as part of its Safety Modernization Program.

About the Safety Modernization Program
The Safety Modernization Program is an initiative to replace more than 2,000 miles of Chicago’s deteriorating iron natural gas pipes — many from the 1800s — with new pipes made of a high-tech material that can withstand Chicago’s harsh weather and freeze-and-thaw cycles. An independent engineering study ordered by the State of Illinois found more than 80% of the iron natural gas pipes beneath Chicago’s streets have an average remaining life of less than 15 years.

The Safety Modernization Program also is crucial for the reliable delivery of natural gas for heat, and to protect the environment. In 2020 alone, work by Peoples Gas to replace old, leaky pipes reduced methane emissions in Chicago by 190 metric tons. That is the equivalent of taking 1,034 gasoline-consuming cars off the road.

More information about the Safety Modernization Program is at peoplesgasdelivery.com/services/main-replacement